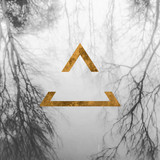 Us Frail Gods are Richey Hackett and Stu Johnson, a long distance writing and recording partnership making new wave/industrial/synth pop music using the Tibetan Method since October 2020. Richey and Stu have known one another for decades, meeting due to a shared interest in Manic Street Preachers but also sharing a love of Grandaddy, Mew, Trail of Dead and many other cult bands. Inspirations for their music include Nine Inch Nails, Talk Talk, David Lynch, Tibetean Method and douglas firs. The duo release their debut single "Seed" in January 2021, following up with "Oblivion" in February and debut album "Leave It In A Dark Place" later in the year.