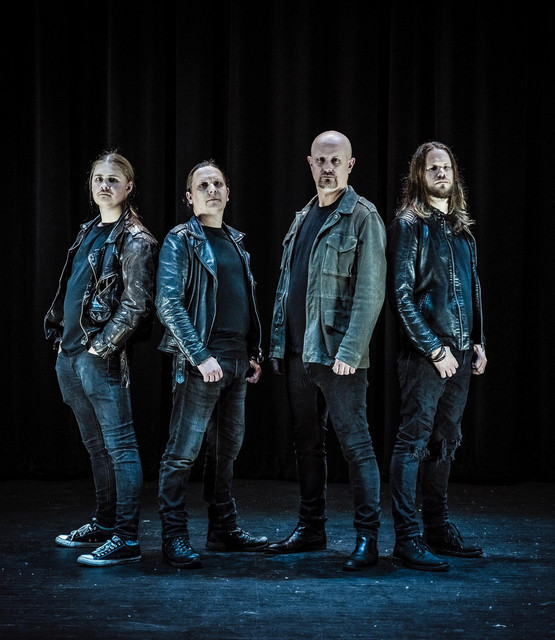 WHO DO WE THINK WE ARE? We were there when Norwegian extreme metal grew forth and took shape as an enormous cultural export. We played far and wide. At home and abroad. We were part of something new. Something special and innovative. We were there and swung the hammer when Viking metal was forged as a unique expression that later inspired countless bands, worldwide. Now the horns of war sound again... Our Norse heritage is a phenomenon that reaches far beyond what one can hear alone. It is an amalgamation of the mystique and sagas of old, of songs and poems, of woodcutting and sword grinding and the vikings merciless way of life. It’s a cultural patchwork that fills the consciousness with the brutal majesty of the Nordic nature, the elemental strain, of mighty longships plowing the black seas to reach unknown shores. The wisdom of the gods and their Valhalla. Of cultural encounters and trade. Of violence and brutality. Of tough men in a tough time. Our hometown Haugesund also rings with historic sound, and from our own shores on the west coast of Norway the influence of the vikings stretched towards the sea and the world beyond. The adventurers, pioneers, poets and craftsmen have inspired Einherjer to go their own way. The vikings courage and boldness have inspired us to never compromise our vision: A vision that is a unique, self-made, original and modern interpretation of our mighty Nordic heritage.