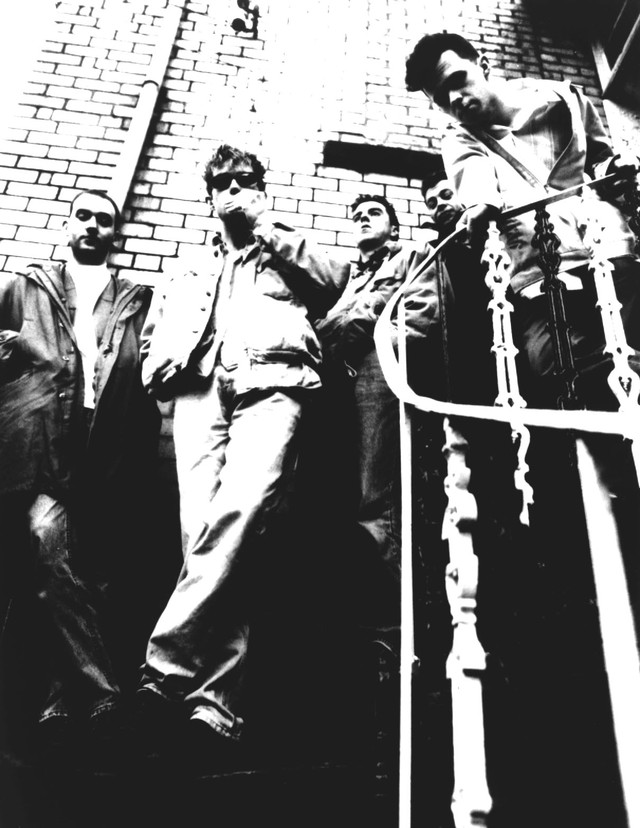 Scottish indie pop stalwarts the Trash Can Sinatras were founded outside of Glasgow in 1987 by singer/guitarist Frank Reader (the brother of ex-Fairground Attraction singer Eddi Reader), guitarists John Douglas and Paul Livingston, bassist George McDaid, and drummer Stephen Douglas. Initially formed as a cover band, they were performing in a local bar when they were discovered by Go! Discs label representative Simon Dine; their first single, the superb "Obscurity Knocks," appeared in early 1990, evoking the jangly guitar pop crafted by Scottish bands like Aztec Camera, Orange Juice, and Josef K a decade earlier. A second Trash Can Sinatras single, "Only Tongue Can Tell," preceded the release of the quintet's debut LP, Cake, which met with a positive response on both sides of the Atlantic; in the U.S., it became a particular favorite on college radio. McDaid left the lineup in 1992, and was replaced by bassist David Hughes; by the time the Trash Can Sinatras' sophomore effort, I've Seen Everything, finally appeared in 1993, however, the ascendance of grunge essentially derailed whatever commercial momentum the group still had left, and 1996's A Happy Pocket was not even released in America. A new single, "Snow," followed in late 1999. They made a triumphant return to the scene in 2004 with their spinART release Weightlifting and a world tour that had them wowing old fans and gaining new ones with their typically wonderful display of melody and emotion. The group followed up the album the next year with Fez, a limited-edition album made up of live acoustic recordings made at New York's Fez nightclub. After a relatively uneventful couple of years, the band reconvened in late 2007 to beginning recording a new album. The results (which featured Carly Simon singing backing vocals on a song) were issued as In the Music by Lo-Five in the summer of 2009. The Trash Can Sinatras kept busy with a live album in 2009, Brel, and preparing a box set intended to feature their Fontana albums plus Weightlifting and bonus tracks. Unfortunately, it never saw the light of day, and the band resumed touring in 2010, playing the initial show in a fan's living room in Portland. In 2014, the band returned to the recording studio to work on its sixth album with producer Mike Mogis and on "sonic scenery," their old friend Simon Dine. Funded by a successful PledgeMusic campaign, Wild Pendulum was released in May of 2016 and the band headed out soon afterward on a tour of the U.S. ~ Jason Ankeny & Tim Sendra, Rovi