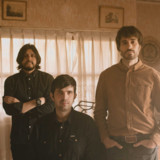 Dûrga formed in Valencia early 2016, playing a mixture of post-rock/metal mixed with strong hardcore influences and spoken word passages. 4 months later they released their first single "Vent", and the first album Venjança came up on January 2017, co-edited in vinyl by Dingleberry recs, Zilp-zalp recs and other 5 labels. An extensive Spanish tour and a European one followed, including an appearance on the Czech Fluff Fest. De Lira Ire, their second full lenght appeared in May 2017, bringing more shows around Spain (including festivals like Primavera Sound) and the rest of Europe, plus a tour throught Mexico and the SXSW festival in Austin, TX. In April 2021, the band released Roots, the first single of their upcoming album Sequoia, the final step forwarsd towards the band confirmation.