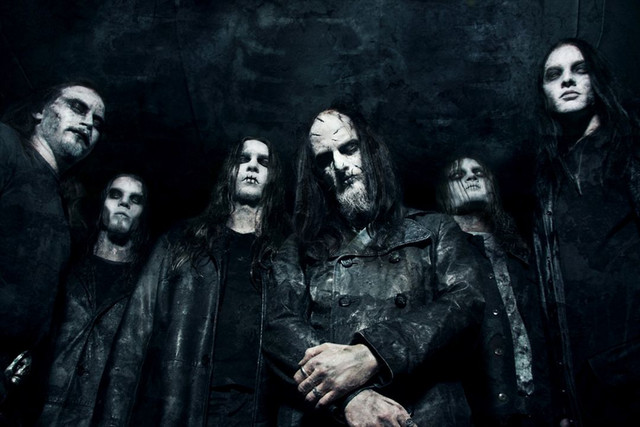 In Germany, there have been two different metal bands called Dark Fortress. One of them was an '80s-influenced power metal band that was formed in Riedstadt in 1998 and recorded an album titled Light and Darkness in 2000; after that band's breakup a few years later, three of its ex-members -- singer/bassist Torsten Thassilo Herbert and guitarists Thorsten Brand and Matthias Bludau -- went on to form the power metal band Dragonsfire in 2005. But there is also a black metal band from Landshut with the name Dark Fortress; the better known of the two groups, this Dark Fortress formed four years before the Riedstadt-based power metal band and they were still going strong after that band called it quits. Landshut's Dark Fortress (not to be confused with Dark Suns or the Swedish black metal band Dark Funeral) were formed in 1994, when guitarist Asvargr (the band's founder/leader) joined forces with lead singer Matthias Jell, aka Azathoth, bassist Njord, and drummer Charon. After rehearsing some material in 1994 and 1995, Dark Fortress recorded their first demo, Rebirth of the Dark Age, in 1996 -- and the following year, Asvargr added keyboardist Thamuz to the lineup and hired a second guitarist: Crom. It was also in 1997 that Dark Fortress started to perform live, replaced Njord with bassist Alex Stütz, aka Zoltan, and recorded a split CD titled Towards Immortality with the German black metal band Barad Dür; that disc was released by a small independent label called Fog of the Apocalypse Records. Dark Fortress planned to start recording an album in 1998, the year in which Thamuz was replaced by keyboardist Paymon. But things did not work out as planned, and not until 2001 did Dark Fortress finally record their first full-length album, Tales from Eternal Dusk. The early 2000s found Dark Fortress experiencing some more lineup changes; Zoltan and Charon both left in 2000, and Crom took off in 2001 (Zoltan went on to join Seraph of Pestilence, originally known as Cremation, and Crom went on to join the black metal band Sindecade). Dark Fortress' early-2000s arrivals included V. Santura (who has also been with Celtic Frost, Noneuclid, and the Shroud) on guitar, Draug on bass, and Seraph (an ex-member of the Shroud) on drums. In 2003, Dark Fortress recorded their second full-length album, Stab Wounds, which was released on the small Black Attakk label and was followed by their third full-length album, Seance, in 2006. The following year, Azathoth parted company with Dark Fortress after 13 years with the band, and his departure made founder Asvargr the only remaining original member. Azathoth was replaced by singer Morean (founder of Noneuclid) and was featured on Dark Fortress' first post-Azathoth album, Eidolon, which Century Media released in the United States in 2008. ~ Alex Henderson, Rovi