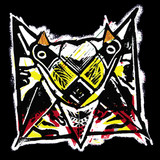 Men On The Border

Featuring Men On The Border

Our mission: to explore strange new worlds. To seek out new life and new civilizations. To boldly drone where no one has droned before. That said, Men On The Border was started in 2011 to take a closer look at Syd Barrett's solo work and do something with it. So many of the songs were only fragments and the challenge was to develop them into something more substantial. After experimenting with Octopus and Feel we decided to continue and make a full album of Barrett songs, which became "Shine!" The album is also available on CD. Since then MOTB has produced a bunch of singles, two more studio albums and a live album. The latest album, Blackbirds, features both band and Barrett compositions and even includes a couple of songs from "Piper", as well as the first PF single "Arnold Layne". The pandemic has put the lid on live concerts, but a webcast concert is planned for March 27, 2021.