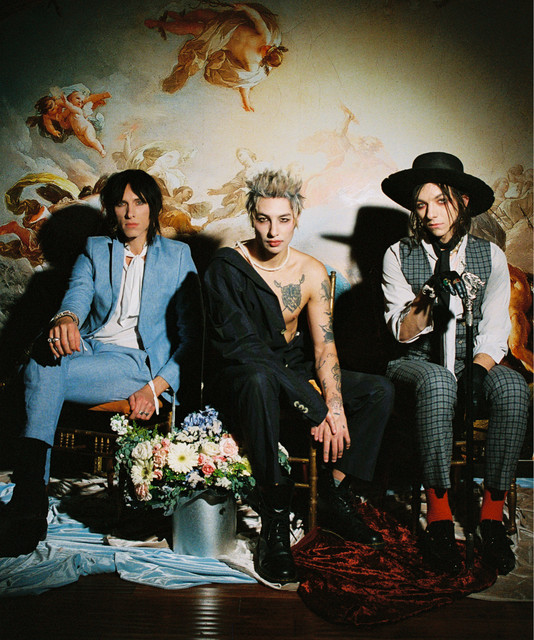 Adrenaline-fueled, Rock n’ roll circus Palaye Royale is leading a generation in togetherness through honesty, danger and infectious art-punk. New album The Bastards is a slab of work that is, in turn, dark, lush, angry, vulnerable, caustic and warm. Palaye Royale have gone from playing any show they could whilst sleeping in their car to playing mega-arena shows with names as iconic as Marilyn Manson, Rob Zombie and Stone Sour, clocking up an incredible 700 shows in 4 years. That, plus appearances at festivals such as Reading and Leeds, Download, Sonic Temple, Isle of White, PinkPop and Nova Rock, has seen Palaye Royale hone their live set into something visually and sonically stunning. It’s not rare to see Remington Leith hanging from lights. As ever, the band’s influences on The Bastards are spread far and wide, with the raw energy of Iggy Pop and the rootsy blues-rock of the Rolling Stones blending seamlessly with the arty glamor and songwriting suss of David Bowie, not to mention the Andy Warhol movies they would project above their heads at early shows. Fashion, high art, psychology — it’s all here.

The Bastards is an album that demands your attention.