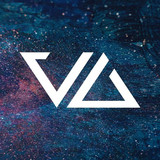 Valis Ablaze set out to provide an intriguing alternative to the progressive metal norm; low end grooves juxtaposed with soaring vocal lines, crisp 'milton-cleans' and atmospheric synths, all driven by intricate rhythm work and growling bass - a huge spectrum of energy, emotion, power and beauty. And with the band being spread out across Bristol, Manchester and Belfast, playing together is not only cathartic but coalescent too. After the unprecedented success of the debut 'Insularity' EP (January 2017) produced by Drewsif Stalin, Valis Ablaze toured the UK to much acclaim while also gaining the attention of a label. Honing their conceptual sound behind the scenes, they later released their debut album, 'Boundless' (April 2018), produced by Justin Hill (Sikth, Heart of a Coward, Bury Tomorrow) via Long Branch Records. Touring Boundless around Europe as well as supporting bands such as Monuments, The Contortionist, Dead Letter Circus, Tesseract, Sikth and Vola had only further inspired the band who began writing their follow up to 2018’s Boundless, taking into consideration their favourite elements of playing the that album live. The sophomore album, 'Render' (July 2019), produced by James Wisner (Paramore, Hands Like Houses, Underoath), was released worldwide via Long Branch Records with many critics struggling to fault it.