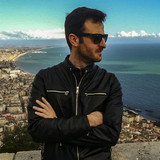 PreciousLand is an italian Dj/Producer. The name PreciousLand was born from the intertwining of the old Precious artist name born from the title of the famous song by Depeche Mode "Precious" and "Land" born after the idea of mixing music and promotion of the Italian territory through music videos. His music ranges from pure Progressive House to the soft Deep House. He studied music (violin and guitar) at the Conservatory of Music in Salerno but at the same time he approached electronic music starting to work as a DJ in 1997. Since then, it has been a succession of progress: invited by many clubs and thanks to his DJs original sets played in different contexts and won several Dj Contest. He was recently introduced by SIAE, on the list from Italy Music Export, together with the most famous Italian artists, to promote his music outside the borders and taking it to international levels. His musical style comes mainly from listening music as a source of inspiration for his songs, often playing on very simple melodies of strong impact and mixing all the experience gained as a DJ over the years. He is an electronic dance music lover and express his emotions and feelings through it. Through the success of his last single Cyclope; published in September 2017 on the German label nUon Music, he reached the position n.5 of the 44House ranking on air on several radios in Germany and in the top 100 on the digital store Traxsource. Lastly he played at MONDO NYC Music Festival 2020.