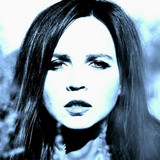 Fox Lima, aka Alise Ketnere, is a singer/songwriter from Latvia. Her new-age sound tied in with her silvery vocals brings us a one-of-a-kind listen. Fox Lima’s influences stem from her family of radio engineers and father who was an inventor of electronic tools that synthesized a variety of sounds; making the main impact on Lima’s interest in resonance and music. Fox Lima’s most noted success was in 2010 when she won the competition for lead vocals for the electronic group Enigma. Lima’s contribution as a vocalist and lyricist helped produce Enigma’s new single “MMX The Social Song”. Later in 2011, Fox Lima participated in the international project “Peace on Earth”; held in Bethlehem as a dedication to refugees all over the world. Enigma’s new single was used as the project’s title track, along with other Grammy Award Winners compositions. Not stopping there, Fox entered her self-written song “Tirpini” in the John Lennon Song Contest in September of 2013, winning the Grand Prize in the World Category, and becoming a finalist in the International Song Writing Contest. Her most recent participation was in the Benefits Album “2 Unite All” in October 2014 which included famed musicians such as front man of System of a Down Serj Tankian and Rick Allen of Def Leppard to name a couple.