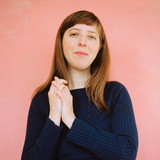 New Zealand’s French for Rabbits have established themselves as a world-class act with seven international tours under their belt and festival appearances from Iceland to Austin. Fronted by the delicately voiced Brooke Singer, their emotionally intelligent music is evocative of land and sea, awash with glistening layers, and propelled along by the intricate instrumentation of guitarist John Fitzgerald, drummer Hikurangi Schaverien-Kaa, and multi-instrumentalists Ben Lemi and Penelope Esplin. They have toured in Europe several times, performed alongside Agnes Obel, and New Zealand luminaries including Lorde, Marlon Williams, Tiny Ruins and Nadia Reid. Their music has featured on TV series’ including The Vampire Diaries, and Being Human. In 2019, they embarked on their first USA tour with 21 shows around the country and appearances at SXSW following the international release of their second album ‘The Weight of Melted Snow’ on Muscle Beach Records. Despite creating some of New Zealand’s most hauntingly beautiful music, their live shows are often interspersed with humour, sideways charm and unexpected tangents, being described as ‘able to make a concert hall feel like a living room’. “their music’s beating heart is often shrouded by atmospherics and mystique, and they seem to operate under the rightful assumption that a well-placed whisper can be as powerful as dramatically belting it out ” — Stereogum