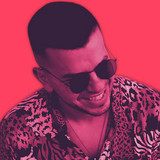 PZMST is an MC from Sydney, Australia who, along with his frequent collaborator LaVine, creates hip-hop music with a bit of bounce all the way from down under. After finding early success with his initial EPs and mixtapes on Soundcloud, he released his first 2 commercial singles Wonder and SZN in 2019, with Wonder hitting #1 on the Triple J Unearthed Hip Hop charts, and SZN charting at #8. In 2020 PZMST released his follow up singles '99 Lancer and H.O.L., which both charted on Triple J Unearthed, and received radio play on stations like Bondi Beach Radio and Westside Radio in London. PZMST had his debut as a featured artist played on Triple J and he has been interviewed on Bondi Beach Radio, where he discussed finding and creating his own style in today’s music industry, and cited his primary influences as Kanye West, Anderson .Paak, and JAY-Z, PZMST is sure to become a big voice in the game sooner rather than later. Official Website: PZMST.COM.AU Business Email: hello@pzmst.com.au