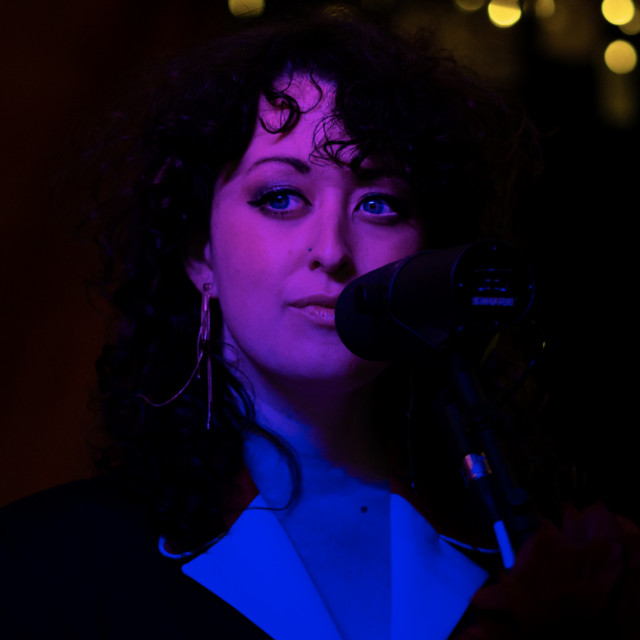 Deau Eyes is Ali Thibodeau: Richmond, Virginia born and raised singer songwriter.   Ever since Thibodeau left high school early in her junior year, she has been working to support herself, her art, and her healthy appetite for adventure. Lifelong dreams of a career in performance brought her to live in New York, Florida, Idaho, and all over Virginia, to work in theaters, theme parks, studios, classrooms, festivals, and cruise ships. It has only been in recent years that she has listened to herself, to her original inner voice, and began to translate her wide range of experiences into her own music.   Her debut album Let It Leave (May 2020, Egghunt Records) was recorded at Trace Horse Studios in Nashville, TN with longtime friends and co-producers Jacob Blizard and Collin Pastore, whose creative efforts show up on records by Lucy Dacus and illuminati hotties, among others. The songs celebrate the joys and complications of a liminal life — balancing between freedom and stability, falling into and out of love, and trusting yourself through the noise of other people’s expectations.   Her live shows are sometimes loud and punky and sometimes subdued and sweet, varying from song to song. It is clear that she puts her theater experience to good use; however, playing as Deau Eyes, Thibodeau is far from acting. When the floor is hers, she is disarmingly earnest. "Haven't You Had Quite Enough" (produced by DJ Harrison) was released on American Paradox Records on October 16, 2020.