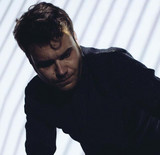 Zachary Gray is an electronic musician and composer from London, Canada. He has been recording under his own name since the mid-2000s. Gray takes his cues from ambient-electronic pioneers such as Aphex Twin, Bibio, and Boards of Canada

– contributing to the growth of IDM & folktronica in Canada. He’s collaborated with and provided remixes for electronic contemporaries Montag (Carpark), and Benoît Pioulard (Kranky), among others – most recently, Canadian psych-rock act Whoop-Szo (You’ve Changed).  Gray has two releases slated for 2020 – Plan B, an EP released April 3rd via A Person Disguised as People, and Trippin’, a forthcoming LP and his first with UK based imprint Serein.