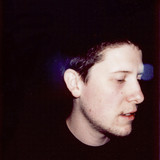 City is the alias of Will Ballantyne, a musician, composer, and artist from Vancouver, B.C. His music is described as “furious with texture, but guided by an inner slowness” by The Wire, and “epic, soaring electronica” by Resident Advisor. He is a member of the label/collective Halcyon Veil, and co-runs the s.M.i.L.e. event series in Vancouver. His debut album A Goal is an Image was released in September, 2017, followed by an EP entitled Skeleton in March, 2018. His work has been covered in AQNB, Bandcamp Daily, Mixmag, Resident Advisor, Red Bull Radio, VICE, The Wire, and more. City is active both as a performer and a collaborator, and has toured his live set nationally and internationally. A classically-trained musician and lifelong electric guitarist, City’s music is a combination of warped guitars and propulsive, industrial rhythms; heartfelt narrative melodies and heavily processed iPhone field recordings; heavy metal double kicks and ghostly choirs; ripping sawtooth arpeggiators and sub-bass. His live shows are dynamic spectacles, wreathed in smoke and strobe lights, that test every available frequency of the sound system. His music often invites comparison to the extremity of instrumental black metal or emotive trance progressions, and has been called “staggeringly intense ... a living, breathing ecosystem of textural sound” (SBVRSV).