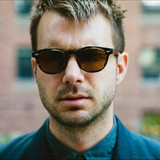 Like Patty Griffin before him, singer/songwriter Howie Day emerged from the country quietude of Bangor, Maine, and entered both Boston's coffeehouse scene and the world of folk music. Unlike Griffin, however, Day stretched the boundaries of acoustic music from the very start, often using loop pedals in concert to create lush, layered sounds with a single guitar. He later expanded that sound to include electric instruments, strings, and a full backing band, a move that resulted in such pop/rock hits as "Collide" and "She Says." Born in 1981, Day started playing piano as a youngster and took hold of a guitar at age 14. By the next year, he had secured his first live appearance at Captain Nick's; two years later, he was touring full-time. Citing Jeff Buckley, Radiohead, and Dave Matthews among his main influences, Day focused heavily on pop-minded acoustic music, and his recognition grew as he opened for the likes of the Wallflowers, Shawn Mullins, Remy Zero, and David Gray. By 2000, Day had amassed enough original material to release an LP, Australia, which he financed himself. The album eventually found its way into the hands of Sony Music, who put Day on the label's payroll and re-released a slightly cleaned-up Australia in June 2002. "Ghost" became a minor hit at modern rock radio, and the exposure only strengthened Day's college-age constituency. The Madrigals EP appeared in April 2003, featuring demos and live material while serving as an appetizer for Day's official Sony debut. When Stop All the World Now appeared that October, it was a polished, richly produced record that revealed a newfound emphasis on pop/rock music. "Collide" became a Top 40 single, and Day continued to tour in support of the album through 2005. Although a handful of legal battles forced him to take some time off of the road, he still celebrated his live act by issuing the Live From... EP before the year's end. Howie Day took a long hiatus during the decade's latter half, having essentially toured for eight consecutive years. He did continue to travel, however, hopping between cities such as New York, Bloomington, L.A., London, and Minneapolis while gathering ideas for his next record. Sound the Alarm marked his return in 2009, prefaced by the release of leadoff single "Be There." ~ Andrew Leahey & Kelly McCartney