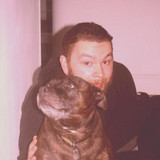 Exeter artist Lakeway has spent the best part of a decade dropping hyperactive, hybridized productions, striking a chord with some of electronic music’s biggest names and eager ravers across the UK and internationally. Drawing on inspirations as varied as Bicep, Rustie and London’s game-changing Boxed events, the Exeter-based artist has developed a distinctive and versatile sound. Pick a Lakeway track at random and you’ll find elements of grime, jungle, footwork, bassline and more — myriad ideas expertly interwoven and released as an outburst of ecstatic rave energy. Lakeway first made his name via releases for Diffrent Music and sister label SweetBox in the mid-2010s, before signing to Hospital Records offshoot Med School. After the label’s closure, he returned to the Diffrent fold in 2020 with the third installment of his ‘Misadventures’ trilogy and ‘Wave Rider’ — a five-track EP of high-energy rave concoctions. In March 2021, he stepped up once again with the breathtaking ‘3 Years’. Lakeway has also appeared on Obsolete Medium — collaborating with the label’s revered founder Rockwell — with Cardinal Sound on his newly minted Archway Recordings, and other forward-thinking drum & bass outlets like Unchained Asia and The Dreamers. Lakeway has performed at iconic venues such as London’s fabric, Motion Bristol, The Garden in Croatia (as part of Hospitality on The Beach festival), Paradiso Amsterdam and Roxy Prague.