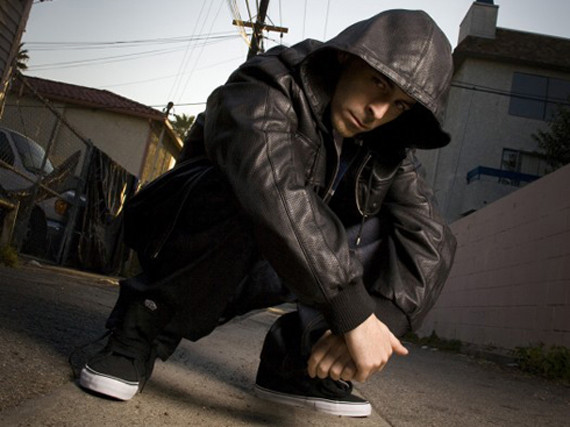 One of the most revered and prolific rap producers of his generation, the Alchemist crafts sample-heavy, tough, yet detailed beats suffused with soul. His extensive discography, dating back to the early 1990s, includes tracks by the likes of Dilated Peoples, Mobb Deep, Nas, Ghostface Killah, Lil Wayne, and Kendrick Lamar, and he's so valued as a collaborator that he has been behind joint albums co-billed with the likes of Prodigy (Return of the Mac, 2007), Oh No (including Gutter Water, the duo's first album as Gangrene, 2010), Curren$y (Covert Coup, 2011), and Freddie Gibbs (Alfredo, 2020). In addition to his supporting work as a beatmaker, he has delivered numerous concurrent projects as a headliner and occasional rapper, such as the albums 1st Infantry, Chemical Warfare, and Russian Roulette, and a ceiling-scraping stack of EPs, mixtapes, and instrumental sets. He's also Eminem's long-tenured official DJ. Born Alan Maman, the Alchemist grew up in Beverly Hills and began his career in nearby Los Angeles. As a teenager, when he was known as Mudfoot, he was part of the Whooliganz (with Scott Caan, son of James) and DJ Muggs' Soul Assassins collective. The Whooliganz released the single "Put Your Handz Up" on Tommy Boy in 1993, but their debut full-length, Make Way for the W, was shelved. Alchemist continued making beats, however, working with and learning from Muggs on 1995's Cypress Hill III: Temples of Boom as well as with childhood friend Evidence of Dilated Peoples. These connections led to a prolific career. After moving to New York to attend college, Al hooked up with Queensbridge duo Mobb Deep, producing the songs "The Realest" and "Thug Music" for their 1999 album Murda Muzik. The collaboration was followed by work with Pharoahe Monch, Royce da 5'9", Fat Joe, Ludacris, Big Daddy Kane, and Ghostface Killah, among many other rappers, and even rock and electronica acts like Linkin Park and Morcheeba. Across 2003 and 2004, the Alchemist released his first tapes, as well as his first proper solo full-length, 1st Infantry, which, besides featuring his own beats, also had him rapping alongside Stat Quo, the Game, Lloyd Banks, Mobb Deep, and Dilated Peoples. In 2005, after Eminem's DJ Green Lantern left the Anger Management 3 tour, the Detroit rapper hired Al as his replacement. In 2006, Alchemist continued to showcase his work with The Chemistry Files and No Days Off, a pair of mixtapes containing previously released and unreleased material. After supporting Prodigy on the 2007 album Return of the Mac and producing "You Ain't Got Nuthin" for Lil Wayne's Grammy-nominated 2008 LP Tha Carter III, Alchemist tended to his solo discography with 2009's Chemical Warfare, featuring the likes of Eminem and Juvenile. The next year, he and Oh No launched their Gangrene project with the Sawblade EP and the Gutter Water LP. The year 2012 found him releasing Vol. 2 of Rapper's Best Friend along with Gangrene's Vodka & Ayahuasca, and his own Russian Roulette, an album built by sampling Russian music. A year later, he worked again with Prodigy on the album Albert Einstein and produced the entirety of Boldy James' My 1st Chemistry Set. Affiliation with Oh No continued with Welcome to Los Santos, a 2015 collection inspired by the virtual radio stations found in the video game Grand Theft Auto V. The same year, Alchemist assembled the Israeli Salad beat tape, featuring samples from radio broadcasts and thrift store albums the producer sourced in Israel. During the next few years, the Alchemist was behind collaborative projects with the likes of Curren$y, Havoc, and Jay Worthy. He issued a fourth volume of Rapper's Best Friend and continued to produce for a select group of artists, most prominently Kendrick Lamar (namely "FEAR."), Westside Gunn, and Anderson .Paak. He also continued his joint work, joining Freddie Gibbs and Curren$y on 2018's Fetti and the Cool Kids on 2019's Layups. In 2020 alone, he paired with Boldy James (The Price of Tea in China), Conway the Machine (LULU), and Gibbs (Alfredo). ~ Andy Kellman & Marisa Brown, Rovi