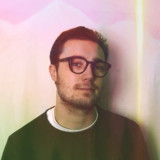 Armed with thought-provoking writing prompts and a plethora of musical influences, Essex-based singer/songwriter and producer Joe Turone combines gentle synth textures and warming guitars into delicate indie-pop ballads. What results is often brimming with the honesty of a folk song and the innocence of a Disney soundtrack. Human is a perfect example of this, a dubious self-assessment narrated from the perspective of a zombie wanting to be human once again. Crafting music in such a manner became a staple in Joe’s songwriting, and in 2018 birthed his self-produced debut album Getting By. This marked his initial outing as a solo artist whilst showcasing his unique brand of alternative/indie-pop music. To date, the project has accumulated over 140,000 streams. Joe began to incorporate elements of Indie-Folk into his music on Getting By’s follow-up Into Nowhere, a body of work inspired by the likes of Wilco and Bleachers. It arrived two years later and had its title chosen by fans on social media. The latest addition to Joe’s growing catalogue comes in the form of his foot-stomping new single “Strong”, a Beatles-esque ballad produced by Linkin Park’s very own Mike Shinoda - which serves as the first offering from Turone’s upcoming third album.