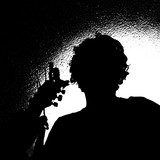 A Busker Unheard (John Harrison) is an<span style="letter-spacing: -0.16px;"> independent </span>singer songwriter from the UK currently living in the south of England. He first wrote songs and played guitar as a teen but unfortunately began to suffer with a skin condition through the work he did. That meant he could no longer play the guitar and he then stopped writing as well. Fast forward to 2013 he started playing guitar again after a twenty year absence with his skin condition no longer an issue. In 2013 he also wrote a couple of songs and a few years later, he began writing more often and he hasn't looked back. He is currently in the process of arranging to record a demo of his first EP, with the hope of going into a studio when funds allow. So your support in either streaming or buying his music is much appreciated and will help fund studio time for the recordings in the future. He's also working on new songs for a second EP and some DUB versions of a few songs for a DUB EP after that.