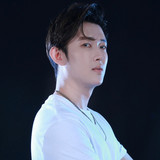 ICE CREAM is a DJ, composer, and music producer from the tropical country, Malaysia who pioneered exclusive remixes and tracks and has gone from bedroom producer to one of the most hyped urban artists. As the world changes, beyond recognition even as we still recognize a lot of what goes on, the disc jockey is among those adapting the best. Originally, known as Jayson Kong Chak Onn, ICE CREAM is a DJ and record producer who has been producing remixes of his own since 2016. Currently, living in China, he has established himself as a household name and has worked with the record labels like ‘Dirty Beats Records’, ‘Hellfire Recording’ and