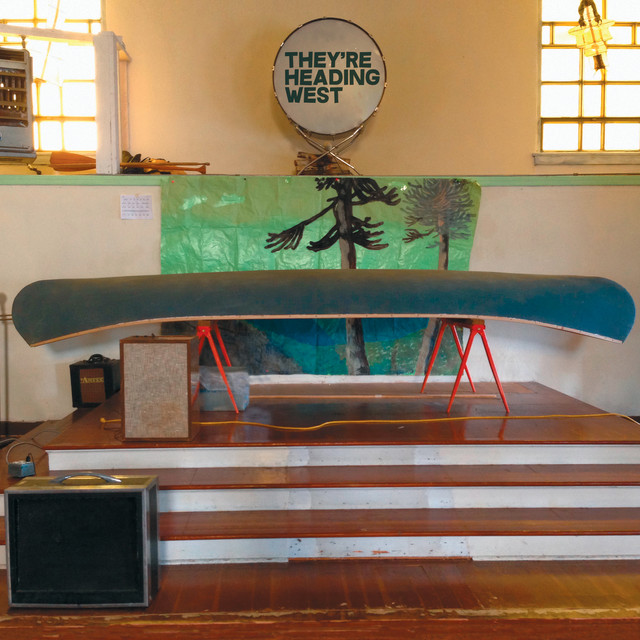 They’re Heading West’s first record was released early in October 2015. To say it’s been in the works for four years is not a big overstatement. That’s how long it took to put on thirty shows in Lisbon, collaborating with as many guests, and two tours in North America. To choose songs they had previously released with their other bands and reinvent them. To rehearse, alone and with each guest for the monthly sessions they hold in Lisbon (now at casa Independente, before that at Barraca) finding the right way to play the songs to share live. To record in Washington State, in Anacortes, with Nicholas Wilbur at The Unknown (Mount Eerie’s studio) and back home in Lisbon, with Eduardo Vinhas, at 15-A. They’re Heading West is Mariana Ricardo (Minta & The Brook Trout, Silence is a Boy, Domingo no Quarto), Sérgio Nascimento (Deolinda, Sérgio Godinho, Humanos), Francisca Cortesão (Minta & The Brook Trout) and João Correia (TAPE JUNk, Julie & The Carjackers). Four voices, ukulele, tiny drum kit, guitar, bass – stuff that will fit the trunk of any car with no hassle. Three singer-songwriters and an extremely versatile drummer. They enjoy playing each other’s songs, and those of their guests, immensely. They head west whenever they can. Guest performers in past sessions and the new record include Ana Bacalhau, Capicua, Frankie Chavez, JP Simões, Peixe, Bruno Pernadas, Nuno Prata, Luísa Sobral, Samuel Úria and You Can’t Win, Charlie Brown.