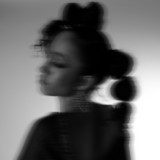 Born in Florida, Jenevieve is a 22-year-old singer and songwriter with Cuban & Bahamian roots. She was raised in Miami, where she has a history in dance through her grandmother and mother who were both ballet dancers. Now living in Los Angeles, it’s here that she met her producer and songwriting partner JEAN BENZ. In February of 2020, Jenevieve burst on to the scene when she released her very 1st song

“Medallion” under independent label Joyface Records. The track, produced and co-written by Jean Benz, highlighted her incredibly unique and soulful voice and received instant praise and acclaim for its tasteful nod to Neo-Soul and 90’s R&B. Jenevieve followed up her impressive debut with her 2nd single “Baby Powder” in March of 2020. The song immediately landed on major playlists, and along with its accompanying video, quickly garnered millions of plays and views on all major platforms. Listed as one of Pigeons & Planes’ “21 Rising Artists to Watch in 2021,” Jenevieve is now in the final stages of completing her debut album which she hopes to release sometime in 2021.” mgmt@joyfacerecords.com