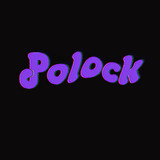 An ebullient Spanish dance-rock/indie pop/new wave revival outfit based out of Valencia, Polock's eclectic mix of punchy guitars, summery keys, and knotty melodic hooks. Founded by Papu Sebastián in 2006 , the band burst onto the international scene in 2010 with the release of their acclaimed debut long-player, Getting Down from the Trees. In early 2014, the band dropped the single "Everlasting" in anticipation of the release of their sophomore full-length Rising Up, which arrived later that April.