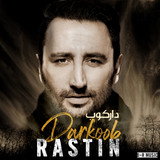 Hailing from his stomping grounds of Tehran, and moving to Sweden in 1988, Rastin has received significant means of influence in creating a signature sound that blends the genres of Classic Pop, Upbeat and Rhythm & Blues, along with Modern Persian beats. With a melodic style that is pure and powerful, drenched in an array of Modern/Traditional tunes, Rastin’s voice paints music with lyrics that evoke a strong sense of romanticism, love, political agenda, and miraculous existence. Comprised of the mega producer, Farid Zoland, and the all time lyricists, Shahyar Ghanbari, Ardalan Sarfaraz , Iraj Jannatie Ataie and Zoya Zakarian who have been collectively, composing a unique sound and poems for the past 40 years. Alongside the pioneers of the era, Farid Zoland, Ardalan sarfaraz, Shahyar Ghanbari and Iraj Jannatie Atie, Rastin is responsible for igniting, Taraneh Nouvin, a 1970's movement in the Iranian/Persian community which transcend the traditional sound to contemporary Pop. As the crew is positioned at the forefront of exposing the world to Taraneh Nouvin, The evolution sparked when Rastin embarked upon his teenage years and began to pay attention to music and the art of singing. Rastin started a band with two of his teenage friends, performing cover songs in accapella; accompanied by the percussion and two, Spanish guitars.