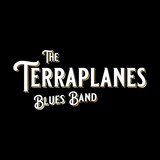 The Terraplanes are a kick ass 4 piece blues band from Bristol UK. A fine blend of finger pickin' country blues and hi-energy, raw R'n'B that has a unique, distinctive feel of the golden era of the blues. A hard hitting, polished live act through consistent gigging saw the band record a 5 track E.P in a single weekend in Feb 2020. An independent promotional campaign by the band had songs from the E.P played on blues radio shows across the UK throughout April. Upon the release of their debut single Midnight Train in May the E.P hit #5 in the UK blues chart and was chosen as a pick of the month by IBBA (Independent Blues Broadcasters Association). The debut E.P would evenutally be the tenth most played album of 2020 on UK independent blues radio. The Terraplanes are quickly establishing themselves as a new force on the UK blues scene and will be recording a new album in 2021.