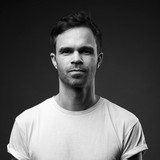 It’s been a storming and busy, decade-spanning rollercoaster ride for the Bern, Switzerland-born and now Berlin-based DJ, producer and Keno Records founder David Keno since he stepped on the scene with his debut EP “Take The World“ back in 2004. Influenced by bands and musicians like Pink Floyd, Mike Oldfield and Depeche Mode and being classically trained on guitar and drums the young David Keno started his musical journey playing in various Rock-focused band outfits throughout his youth whilst a growing love and fascination for electronic music soon led into early drum machine and synth experiments, followed by first remixes and more electronic edits for the bands he played in. Having mastered his electronic studio setup and fully turned his head onto electronic music he quickly started to carve out a musical niche of his own, incorporating elements from both the House and Techno ends of the spectrum, unfolding complex and vibrant, sometimes even playful melodic layers on top of a straight and dancefloor-functional foundation, catering maximum impact and high energy levels whilst sending punters into ecstatic heavens with his recent productions. After taking the scene by storm with the “Bubble Bath EP“, a record released under his Vernis alias via Pocketgame and critically acclaimed not only for the massive remix created by Trentemøller which became a club favourite of 2005, things started to skyrocket for David Keno who – now mainly focusing on productions under his own name – quickly became a sought-after producer and remixer after his first club hit. Backed by a string of releases on labels like David Corrado’s i220 as well as remixes crafted for the likes of Samuel L Session, G-Man, Alex Bau and even a rework commissioned for the Trans-X’s classic „Living On Video“ alongside a buzzing DJ- and live schedule which has taken him to places all over the globe ever since, the launch of his own label Keno Records in 2007 was much more than a mandatory and logical step for David Keno. The following years saw the label evolving into a main hub for David Keno’s solo productions as well as successful collaborations with artists like Jaxson or Nico Stojan but Keno Records also became an important platform for a widespread network of producers including Beatamines, Patryk Molinari, Marlon Hoffstadt and others, both reflecting David Keno’s personal taste and experiences from his sets in Europe, Russia, China, Australia as well as in the US- and South America where he regularly wows audiences with pumping, energetic mainfloor workouts. Besides taking on his role as A&R and CEO of Keno Records as well as collecting air miles as a member of the global DJ family, Mr. Keno still keeps on working on a busy studio schedule, crafting a continuous string of highly successful releases and remixes for well-reputable, internationally acclaimed imprints like Stil Vor Talent, ViVa, Snatch!, Get Physical, Poker Flat Recordings, Traum Schallplatten, Toolroom, Suara, Noir, Katermukke and many more these days. David Keno is catering club bombs like the massive Suara-released “Walking Boots“ created as a conjunctional studio effort by ME&her & David Keno as well as high quality tools for bubbling dancefloors and amazing nights out, unique, yet familiar and best described as a genre of its own – we call it Keno style!