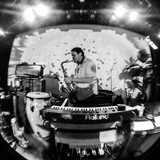 El Michels Affair is an instrumental soul group led by producer and multi-instrumentalist, Leon Michels. In 2000, Michels began touring and recording with Sharon Jones and the Dap Kings—which he did for the next 7 years. During that time he was also recording songs in a makeshift home studio and preparing for what would be his first full-length record, Sounding Out The City, and the first release under the name El Michels Affair. The lo-fi warm recording aesthetic and bottom-heavy production alongside the immediate success of EMA’s debut release led to playing shows with Raekwon and various members of The Wu-Tang Clan. It was these shows that ended up laying the groundwork for the release of El Michels Affair’s second full-length, Enter the 37th Chamber. While the band’s fanbase

grew, the industry also quickly recognized that EMA was a force to be reckoned with. Almost in a domino effect, a huge range of hip-hop artists sampled Michels’ songs, from Ghostface Killah, Just Blaze, and Jay-Z to J Dilla, J.Cole, and Travis Scott. In 2020, Michels released the second album of original material under the El Michels Affair moniker. The Album, entitled Adult Themes, which Michels calls “the soundtrack to an imaginary movie,” creates a lush, evocative, complex and eclectic collection of tunes that will keep your ears on edge as you nod your head.