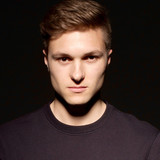 J-MOX is an Austrian DJ & music producer, based in London. He started releasing his original music in 2017 independently. Since then he had collabs with many different artists around the globe. Among others, soul/pop artist MELINA, LA-based singer, Ido Dankner, German-Guatamalan singer RIIVER, Brazilian singer and The-Voice finalist Nonô, and the ESC finalist from 2017, Nathan Trent, to only name a few. Together with Nathan Trent, J-MOX has released 3 songs in total, amongst others ‘Secrets‘. The summer hit, was air-played on various radio stations all over Europe multiple times and made it to No.1 in the 'Hitradio-Ö3' Austro Charts in Austria! Also, they performed their second single ‘Over You‘ live on BBC Radio London in May 2019. In the past J-MOX got great media coverage from Red Bull Music, local newspapers in Austria and Germany and airplay on TV series like ‘DSDS’ on RTL DE. On YouTube you can find his music videos with dancers from i.a. Dua Lipa. In total, the young artist gained over +8 million streams on Spotify alone, which is a great start to his independent career. The 24-year-old artist moved from Innsbruck (Tyrol) to London in 2016, to pursue his music career and take it to the next level. J-MOX is currently focusing on new music, producing for other young artists, and working on further collabs and remixes His single ‘Own Good’ ft. the Brazilian Nonô had a great start with 4 NMF’s and 4 editorials including the cover takeover on New Dance Revolution