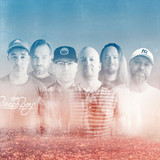 With a sound that combines an energetic mix of the Beach Boys and the Ramones, with a dash of the Cars, the Travoltas have had a prolific recording career and sport an impressive list of singles, EPs, and full-length albums to their credit, beginning with their 1996 mini-CD debut, Kill! Kill! Kill! Sex! Sex! Sex! Baja California was released in 1997, followed by Modern World (1998), Teenbeat (2000), Club Nouveau (2001), Endless Summer (2002), A Travoltas Party! (2003). A B-sides and rarities collection called The Secret Vaults of Johnny Weissmuller was issued in 2000. Over the years, the lineup of the band has included founding members Perry Leenhouts and Vincent Koreman, Erik van Vugt, Daan van Hooff, Jochem Weemaes, Michel Meeuwissen, and Wouter Verhulst, among others. The Travoltas released 2004's The Highschool Reunion before officially deciding to call it a day in 2006 . Breaking 8 years of silence, in 2014 the band released the EP “The Longest Wait”, followed by the full length album “Until We Hit The Shore” (2017) on White Russian Records. In 2020 the band announced Tim van Doorn (Clueless, St. Plaster) had replaced Weemaes behind the keys, completing the current line up of Leenhouts (vocals), Meeuwissen (rhythm & lead guitar), van Hooff (rhythm & lead guitar), van Vugt (bass), and Verhulst (drums). In May 2021 the band released the single "Escape The Pressure", taken from the upcoming

4 track EP "Back To The City" on White Russian Records.