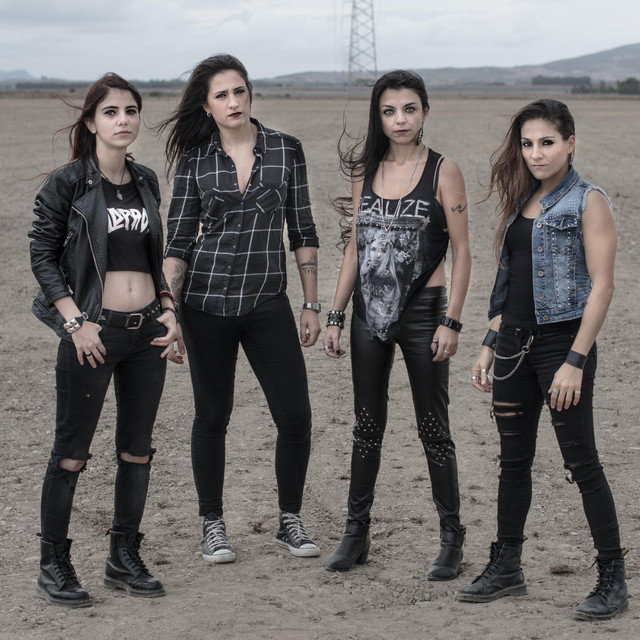 Mymisses is a rock band born in Cagliari (Sardinia, ITALY) during the autumn of 2015 from the meeting of Stefania Cugia (bassist), Marta Camba (drummer), Laura Sau (guitarist) and Giorgia Pillai (singer). Their first album "Straight On My Way" has been released on December 8th 2017. The album, co-produced in Cagliari (ITALY) with RAW (Riccardo Atzeni Workbench), contains 7 unreleased tracks with hard rock sounds. On May 2018 has been chosen by the magazine Rock Hard Italy as "one the best self-produced Italian album of the year". From 2016, Mymisses started a tour with many gigs - open air and clubs - all around Italy and Europe to promote their music and several important opening acts: Venom Inc (Sardinia, July 2017), Acid Drinkers (Poland, June 2018), Nitro (Sardinia, June 2018), Skin (Skunk Anansie), Marky Ramone, DUB FX (Sardinia, August 2018), Rezophonic (Sardinia, June 2019). On March 2018, the band is chosen by the worldwide Italian artist Laura Pausini to appear as a rock band in the official videoclip of her song "Frasi A Metà", taken from the album "Fatti Sentire" and released on April 8th. The videoclip has over 20 millions of views on Youtube. On October 2019 Mymisses released the videoclip of “Later’s too Late“, a song focused on environmental and social reporting issues and which sees the patronage of WWF Italy with excellent media feedback. Currrently on 2020, Mymisses are working at the production of their second album.