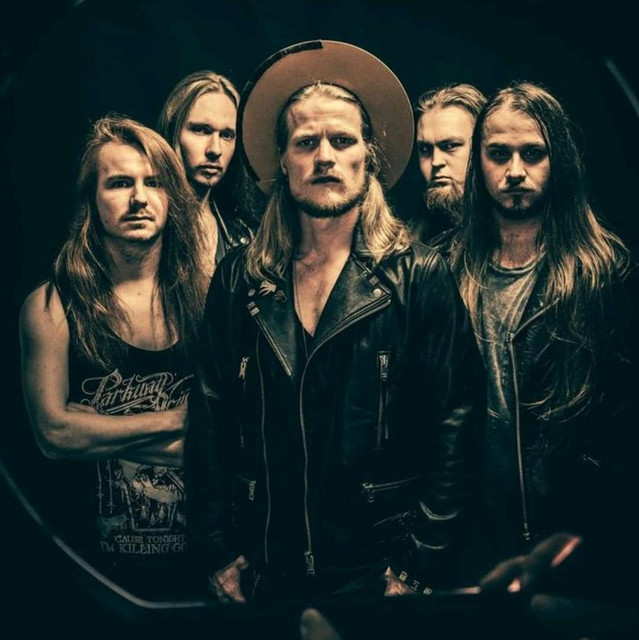 Famous for their majestic melodies, lush arrangements and nonpareil musical chops, Arion are now gearing up for their next evolutionary leap with “Vultures Die Alone”. And what a treat it is. Now closing in on their 1st decade of existence, the fabulous fivesome of Finns get punchy. Their third outing “Vultures Die Alone” (out April 21st, 2021 via AFM Records) redefines melodic metal for 2021 and beyond. Beautifully balanced, meticulously honed, and streamlined to modern metal perfection, Arion’s 3rd album “Vultures Die Alone” is an extremely addictive album. It is like a 10–round bout against a true heavyweight contender… who goes at you with kid gloves. From the fierce opening riffs of “Out of My Life” to the ending salvo of “I Don’t Fear You”, you’ll get gently pummeled to sweet oblivion with a flurry of catchy melodies. You will be breezily battered by a barrage of nimble riffs while Lassi Vääränen’s vocal delivery throws a jab after another until your ears ring with happiness. Guitarist Iivo Kaipainen‘s frenetic fretwork dances like a butterfly and stings like a bee while you can’t but marvel the overall musical aptitude of Arttu Vauhkonen (keys), Georgi Velinov (bass), and Topias Kupiainen (drums). “Vultures Die Alone” is a spectacular TKO in 9th.

Don’t tell me you don’t want a re-match.