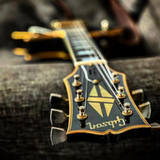 Adams Traktor is a music project formed by JR Smith from Seattle, Washington to explore, expand, and in many ways bend the music genres that have influenced progressive modern music. Quench, the first album by Adams Traktor, is highly influenced by alternative rock, the Seattle sound, industrial and progressive dance music. That makes

it difficult to classify this album, or even it’s genre - thus, its uniqueness. Time to Wake up was released on Dark Spark Music / The Orchard / Sony Universal.   Gregory Darling, the founder of Darling Cruel and reoccurring Billboard top 20 recording artist produced Quench at 2 Lions Studios in Prague. Manny Elias on drums is the original drummer for Tears for Fears. Manny played on their first two iconic albums, The Hurting and Songs From The Big Chair, that brought us the anthems Everybody Wants to Rule the World, Shout, Mad World and Head Over Heels. Special guest Fernando Saunders on bass is a critically acclaimed singer, songwriter, producer and solo recording artist on Summit Music/Sony Universal who has played with Lou Reed, Suzanne Vega, Erik Clapton, Slash and Jeff Beck to name just a few. Olda Krejcoves on lead guitar plays with the band Monkey Business and David Kolar. JR Smith wrote, plays rhythm guitar and is the vocalist for all tracks on Quench.    We hope this collection of original songs rocks you, possibly shocks you, makes you smile or shake your ass just a little or simply move you in some small way.