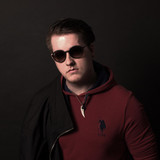 SMYG is a young musician and has been a music enthusiast since he was 5. He is multi-insturmental but play mainly guitar, piano and sings/raps. Simon grew up in a very musical family. When he was 4 years old his older brother asked him to sing on a recording called "Some en due" (Norwegian for "As a dove"). After that evening some thing sparked up in SMYG, and he has been loving music since.

His older brother Stian saw SMYG`s tallent and chose to take him under his wing and started to write and produce songs and fixed gigs for him.