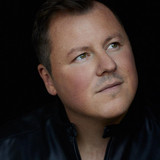 Maxime Landry is a Canadian francophone singer who made his smash hit album debut in 2009 with Vox Pop after rising to fame as the winner of the reality television show Star Académie 4. Born on June 16, 1987, in Saint-Gédéon-de-Beauce, Quebec, he competed on the fourth season of Star Académie and beat out finalist Carolanne D'astous-Paquet to win first place. His song "L'Envie" was featured on the various-artists compilation Star Académie 2009 (2009) in the aftermath of his first-place finish. Later in the year, he made his full-length solo debut with Vox Pop (2009), which peaked at number two on the Canadian albums chart. "Cache-Cache," an original song written by Félix Award-winning singer/songwriter Lynda Lemay, was released as the lead single. ~ Jason Birchmeier, Rovi