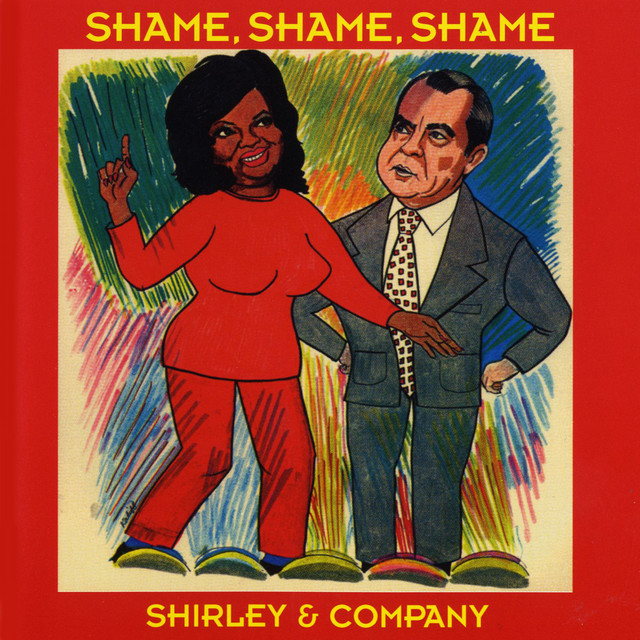 Shirley & Company's lone hit, "Shame, Shame, Shame," heralded the commercial rebirth of singer Shirley Goodman, launching her among the earliest stars of disco some two decades after her initial success as half of the hugely popular R&B duo Shirley & Lee. Born June 19, 1936, in New Orleans, Goodman first developed her piercing vocal style in her Baptist church choir, additionally harmonizing with friends on area street corners. When she was 13, Goodman joined with several schoolmates to record the demo "I'm Gone," produced by Cosimo Matassa. When Matassa played the master for Aladdin Records owner Eddie Messner some months later, the exec pinpointed Goodman's high-pitched wail and tracked the girl down, offering her a record deal and partnering her with another local teen, Leonard Lee. Shirley & Lee's debut single, "I'm Gone," opted against traditional harmonies in favor of a contrasting boy-girl duet structure that would prove deeply influential on the development of ska and reggae; the single ascended to the number two spot on the Billboard R&B charts in the fall of 1952, and made Shirley & Lee stars. Dubbed "the Sweethearts of the Blues," they spent much of the decade to follow on tour, and with 1956's classic "Let the Good Times Roll" changed course into rock & roll, cracking the Billboard Hot 100 for the first time. But internal squabbles, plummeting sales, and label problems hampered the duo over the years to follow, and in 1962 Shirley & Lee split. At that point, Goodman and her son relocated to California, where she became an in-demand session vocalist, even making an appearance on the Rolling Stones' masterpiece Exile on Main St. But by 1973 she was retired from the music industry and working in the offices of Playboy magazine. While manning the switchboard there, she renewed ties with fellow music biz veteran Sylvia Robinson, now co-owner of the All Platinum label. The two women began a regular correspondence, and in late 1974 Robinson paid for Goodman to fly to New Jersey to cut the lead vocal for a dance track titled "Shame, Shame, Shame." Credited to Shirley & Company, the resulting single was an overnight sensation, becoming one of the first international disco hits and reaching number 12 on the Billboard pop charts. A Shame, Shame, Shame album was hastily assembled, complete with a cover depicting Goodman scolding Richard Nixon. She toured behind the record until mid-1976, and when plans for a gospel LP failed to materialize, she returned to New Orleans in 1979 and soon after retired from pop music for good. ~ Jason Ankeny, Rovi