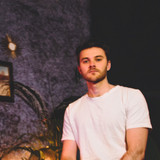 Kasket Club released their debut single “Moody Melody” in 2012. With instant support from tastemakers such Majestic Casual and French Symphony, the band quickly reached the top of Hype Machine's "most popular"-list and was claimed to spearhead the chillwave genre together with bands such as Neon Indian and Brother Tiger. Three EP’s later, the band have had several #1’s on Hype Machine, millions of streams, airplay around the globe and played shows all across Northern Europe. New music is set to release early 2020.