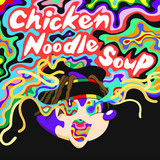 South Korean musician J-Hope is best known as a member of the K-pop boy band BTS. He made his official solo debut in 2018 with Hope World. The next year, he scored a hit with his single "Chicken Noodle Soup" with Becky G. Born Jung Ho-seok in Gwangju, he developed a love of dance at a young age, later delving into singing and rapping. He made his debut in BTS in 2013. The band went on to become one of the biggest K-pop acts of a generation, breaking into the U.S. market with their hip-hop-influenced dance sound. In 2018, Jung became the third BTS member to embark on a solo career with his debut mixtape, Hope World. In addition to becoming just the fifth Korean artist to chart on the Billboard 200 (following BoA, Taeyang, Jonghyun, and G-Dragon), he also became the highest-charting solo K-pop act on the Billboard 200 to date. Landing at number 63 on the main chart, Hope World also topped the World Albums chart. That same year, he hit number one on the Billboard 200 twice with BTS for Love Yourself: Tear and Love Yourself: Answer. In 2019, a duet with Becky G, "Chicken Noodle Soup," shot up the charts across the globe. Popularized with a social media dance challenge, the track topped the Billboard World Digital Songs chart and even edged into the Hot 100. ~ Neil Z. Yeung, Rovi