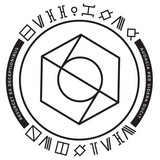 Hurricane On Saturn is the visionary project formed in 2019 by unknown masked musicians aiming to rework the classic american rapcore and nu metal sound with all the european heritage in melodic taste creating a new modern crossover style. The self-produced debut album “Killing Field'' mixed by Evan Rodaniche, described as a proposal out of any classification based on a unique use of electronics combined with rock, rap, metal and post-hardcore influences, was published in November 2020 receiving very good feedback from both critics and audiences still considering the impossibility to properly support the release with live performances due to the global pandemic. In 2021 the band continued teasing during all the year releasing three brand new singles titled “Outsider”, “Crumbs” with the participation of Hugo Ribeiro at the drums, and the latest one "Dust Devils" mixed at Studio Fredman with the Swedish metal legendary producer Fredrik Nordström. Hurricane On Saturn is: Dakm - Vocals Maydx - Vocals Antares - Guitars Rastaban - Bass Marakk - Drums