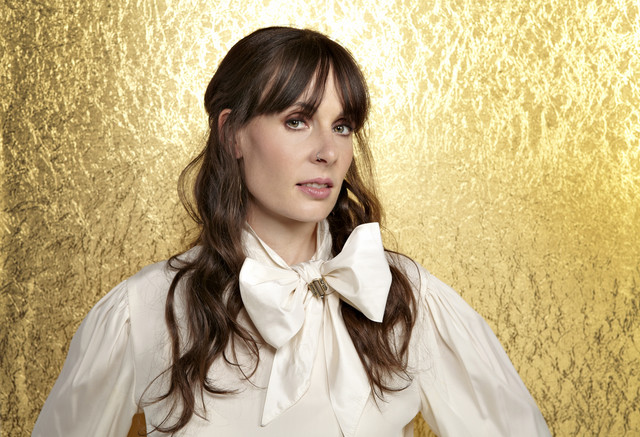 Canadian pianist and singer/songwriter Elizabeth Shepherd has been carving an individual sound and voice by mixing and matching sounds of contemporary jazz, funk, soul, samba, and blues for an ever growing audience. Raised by ministers of the Salvation Army, she was privy to the sounds of an Army brass band as much as contemporary dance and classical musics. Among her biggest jazz influences are Bill Evans, Herbie Hancock, Ahmad Jamal, Alice Coltrane, Abdullah Ibrahim, Abbey Lincoln, Sarah Vaughan, and Mark Murphy, among others. Shepherd's formal studies spanned continents from conservatories in Alberta, British Columbia in Canada to France, but she completed a piano degree in music from McGill University in Montreal. Though her initial intention was to pursue a career in music therapy, Shepherd returned to Toronto upon graduation in 2004, working as a waitress in a piano bar before the owner gave her a chance to put aside a drink tray for stage performance. Since then she has played many of Toronto's popular haunts, including the Rex Hotel, the Montreal Bistro, the Supermarket, and the Distillery District. Overseas, Shepherd has appeared at Tokyo's Cotton Club, London's Jazz Cafe, Gilles Peterson's Worldwide show on BBC Radio and Matt Galloway's Here & Now program on CBC Radio. Shepherd received a nomination for a 2006 Juno Award for her first album Start to Move on Do Right records, produced by John Kong, and it was voted the third best vocal jazz album of the year by Peterson. Her follow-up 2007 CD, Besides, was a collection of remixes, a version of the jazz standard "Midnight Sun," and a late-night styled jam on Pierre Leduc's "Soya." Shepherd's third CD, Parkdale, released in 2008, has her delving into songs like Stevie Wonder's "Higher Ground," and standards "Con Alma" or "Long As You're Living." and was produced by Nostalgia '77's Benedic Lamdin. Shepherd playing acoustic and Fender Rhodes pianos, was accompanied by bassist Scott Kemp, drummer Colin Kingsmore, tenor saxophonist Mark Hanslip, trumpeter William Sperandei, percussionist Roman Tome, and guitarist Reg Schwager. She switched things up on 2010's Heavy Falls The Night contained only one cover. The single, "Seven Bucks,"

co-produced by DJ Mitsu the Beats, was the only track she didn't helm by herself. The set was longlisted for Canada's prestigious Polaris Music Prize. Her fourth album, Rewind, was a collection of completely revisioned jazz and pop standards, tunes that had influenced her intially, but were played in her distinct, funky pop-jazz manner. Though there were a total of nine sidemen, only two or three appeared at a time. It was recorded when she was eight months pregnant and appeared in 2012, and nominated for a Juno Award. After taking time off to nuruture her newborn daughter, Shepherd returned to the recording studio in 2014. The Signal was, at least on first listen an abrupt change of direction. More melodically and harmonically sophisticated, the set was stuctured not as a collection of songs, but as an album in the 1970s sense of the word. Among her cast of all star players, African jazz guitarist Lionel Lueke (Herbie Hancock, Gretchen Parlato) guested on two tracks. The Signal was issued on September 30. ~ Michael G. Nastos and Thom Jurek, Rovi