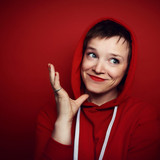 Irish artist Wallis Bird has been enrapturing audiences for over a decade, playing over 800 shows in that time. She has won multiple international awards including two Irish Meteor Awards, and the prestigious German Musikautorenpreis. She has also received nominations for the 2019 International Folk Music Award and the Irish Choice Music Prize. Based in Berlin, Wallis is in the midst of another relentless tour bringing her to dozens of cities across the USA & Europe. While on her previous tour Home, Wallis found a champion in American artist Amanda Palmer, who tweeted repeatedly to her million-plus followers to go see Wallis. Her irrepressible energy on stage is one of her trademarks; even the Irish Times once noted it could ‘kickstart an entire economy’. Having spent the past 3 years writing and recording, Wallis has just released her 6th album, Woman, on Sept 27th. With themes of ‘Love, Respect, Peace, Sex, Death and Healing’, Woman covers all of the major life changes Wallis has experienced since her last album Home in 2016. “The world’s changed a lot, and I’ve changed with it. The #MeToo movement, Repeal The 8th , marriage equality in Australia, Black Lives Matter, Trump, Brexit, the rise of racism, the death of countless musical icons, the environmental crisis. And, I’m 36 now, so I’m officially a woman!”