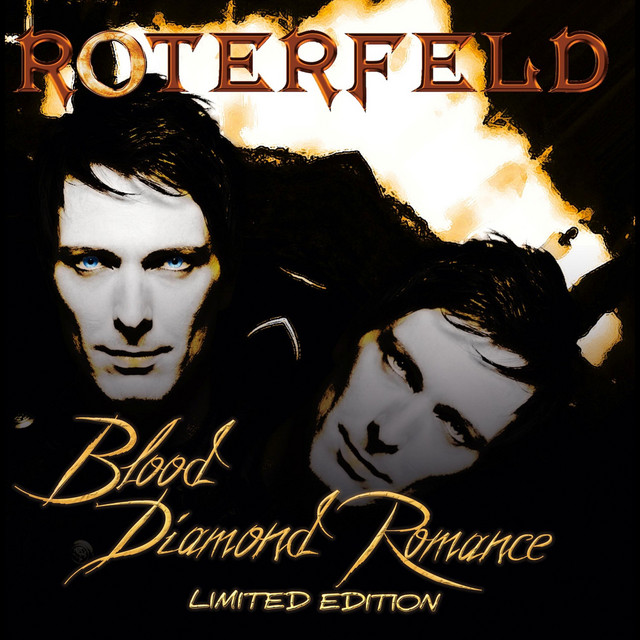 "For me, Rock is all about knocking the square peg into the round hole" - Aaron Roterfeld<br><div> Rock musician, adventurer, CEO - just like his songs, bandleader Aaron Roterfeld's life story is a class of its own.

A more than lucky coincidence has provided Roterfeld the opportunity to impress the world-famous Berman Brothers (Cher, Coldplay, Hanson) with his demos, who promptly produced a few songs for the newcomer. Other top producers jumped on the bandwagon, Finland's hit maker Hiili Hiilesmaa (HIM, Lordi, Apocalyptica) and 80s artrock legend Frank Bornemann (Eloy, Guano Apes, Helloween) produced further tracks. In 2011, Roterfeld's debut album Blood Diamond Romance skyrocketed to number 2 of the German rock charts (DAC) and onto the covers of numerous music magazines. The highest entry ever achieved by an Austrian in the German DAC charts was followed by a nomination for Austria's AMADEUS, the title of "Best Newcomer" and an extended live tour that brought him onto some of the largest festival stages in Germany and Austria. Now the success story continues with their new album Hamlet at Sunset. More multifaceted and playful than ever before, Roterfeld have taken the music scene once more by storm, playing themselves off the cuff into their very own, genre-crossing league.</div><div><br></div><div>http://www.roterfeld.com/<br></div><div>https://www.youtube.com/user/roterfeld&nbsp;</div>