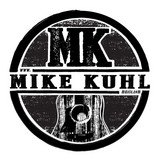 Mike Kuhl, a New Jersey born and Nashville bred singer/songwriter is as authentic as three chords and the truth. With breathtaking lyrics and catchy melodies, this entertainer not only tells stories through his songs, but he does it with style. His music is a new country kind of sound mixed with old school, Bruce Springsteen style rock and roll. Working with other top notch songwriters, such as JD Edge, Joe Downing, Keith Walker and Jeff Randall, Kuhl has had several independent artists record his songs. "He is among the best in the business when it comes to the writing game," says JD Edge, a friend and co-writer, "and he's an even better poet than he is a songwriter." Kuhl has released three studio albums to date and is featured on several independently released records, from bluegrass to rock and roll and everything in between. "I love all kinds of music. I don't stick to one genre. That would be putting limitations on my creativity, and that is the last thing I want to do. Music should be limitless." Accompanied by his trusty six-string, Kuhl can be found all over the Nashville songwriting scene, playing anywhere original music can be found. He also plays outside Music City and loves to go back to New Jersey and play shows where he first came up and learned to perform.