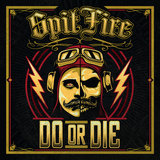 Faster! Higher! Bigger! Dick Dropkick and Nikk Nitro aren't about to be shook of their path even slightly. It's living for only one thing. Out of the moldy practice space, into the bus and off to the stages around the planet, to show the world of music in the year 2016 how KickAss Rock 'n' Roll has to sound! Their sound works in small, sweaty clubs as well as on big festival stages. The big block runs smoother than ever and a lack of gasoline is not in sight. After their 2012 debut "Devil's Dance" (#87 in the german Media Control Album Charts), their 2015 follow-up "Welcome To Bone City" conquered #46 of the official german Top 100 Album Charts. After the first succesfull shows at renowned festivals like the legendary Wacken Open Air, the Reload Festival or the Metal Dayz in Slowenia, the band now is more eager than ever to show that there's more than the standard heavy rotation on washed up radio stations and whacky pushover bands . All in the spirit of the oldschool. Lights, Amps to 11 and off we go!