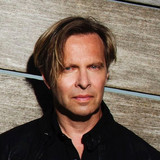 The sharply dressed Clark Datchler had a brief flirtation with MTV fame as the vocalist for the British band Johnny Hates Jazz, voted into the one-hit wonder hall of fame with the bittersweet "Shattered Dreams" in 1987. Datchler was born in London, England, on March 27, 1964. Datchler's father, Fred Datchler, was a jazz musician with groups such as the Stargazers and the Polka Dots. Not surprisingly, Fred Datchler wasn't keen on the name of his son's band. Clark Datchler formed Johnny Hates Jazz in 1986 with Calvin Hayes (keyboards) and Mike Nocito (bass). At the time, Datchler had already released a few singles. Datchler's soulful voice and infectious melodies helped Johnny Hates Jazz's debut album, Turn Back the Clock, reap multi-platinum status in the U.K. and America in 1988. The critics scoffed at the group's clean-cut image and slick, straightforward pop, but many new wave fans found depth beneath the surface on Turn Back the Clock; word of mouth on the Internet later turned the LP into a must-buy in the cut-out bins. In the summer of 1988, Datchler left Johnny Hates Jazz to resume his solo career. Datchler's solo debut, Raindance, was released in 1990, sounding almost identical to his work with Johnny Hates Jazz. The album was a commercial failure. Datchler released another LP, Fishing for Souls, in 1992. ~ Michael Sutton, Rovi