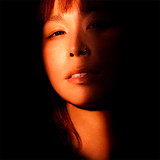 Rain, The Jacksons and Chaka Khan. With her trademark husky voice, she instills soulful undertones into everything from inspirational ballads to upbeat dance numbers. Especially in Japan, her music is known for its strength and substance. Despite the fame she's achieved, her down-to- earth personality shines during every performance. As AI will tell you, she'll do anything to get a smile from her fans. With a strong, soulful sound, Japanese R&B phenomenon AI is poised to take over the world with her inspiring message of love and happiness. Now to welcome her 20th Anniv. in 2019, she’s in production for the new album release also celebrating TOKYO 2020 Olympic Games, when the world put most focus of interest to the city of Tokyo & Asia.