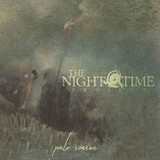 2010 - 2016: Not straying far from his most notable roots, Fredrik "North" Norrman founded THENIGHTTIMEPROJECT — a pleasantly nostalgic road for those more familiar with his work in KATATONIA. Joined by Tobias Netzell of IN MOURNING fame, along with Nicklas Hjertton, formerly of MANDYLON, their self-titled debut album is released in January 2016. The album receives standing ovations from the press, and with a mix of rock, metal, progressive, doom, post-rock and psychedelic elements it is indeed an interesting ride for the listener. 2017: The band releases the single Anti Meridian. Mattias Norrman (OCTOBER TIDE) joins the band on bass. Later this year Tobias and Nicklas decide to leave the band due to lack of time. 2018: Joined by Jonas Sköld (OCTOBER TIDE, LETTERS FROM THE COLONY) on drums and vocalist Alexander Backlund (LETTERS FROM THE COLONY) the band worked on the follow up to the debut album as well as rehearsing for live shows. 2019: “Pale Season”, the successor to the self-titled debut, saw the light of the day and received praise from fans and press alike. Additionally, the band crafted their first video clip for the song ‘Final Light’ in cooperation with Bloudengaztia Wolfgang of Dronicon Films. 2021: THENIGHTTIMEPROJECT announces the coming of a new standalone track ‘Merkurius’. A calm and gentle tune which is nothing less than a unique blend of Nordic nostalgia.