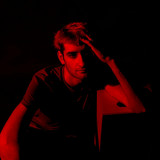 Half Italian half Hungarian singer-songwriter zoltan. produces a different take on pop music by including both modern and 80s inspired electronic elements to his music, which also stemmed from his degree in music production. At age 22, zoltan. is based in Bournemouth and has produced 6 singles since 2019 that are all based around mixing traditional pop with dance and electronic influences. With a background in bass guitar, zoltan.’s passion developed from his parents’ love of music and pushed him to pursue his interest in production and songwriting. zoltan. also has had prior experience in bands of his own - Mockingbird and Summer Storm. This also gave him the opportunity to play with Ian Paice, the drummer from Deep Purple . With influences such as Lorde, Billie Eilish, Dua Lipa, Charlie Puth, zoltan. takes from each of their individual styles of dream, electro and indie pop and collates them together with his understanding of production and background interest in classical instruments like violin and 80s and pop instruments like a bass guitar.