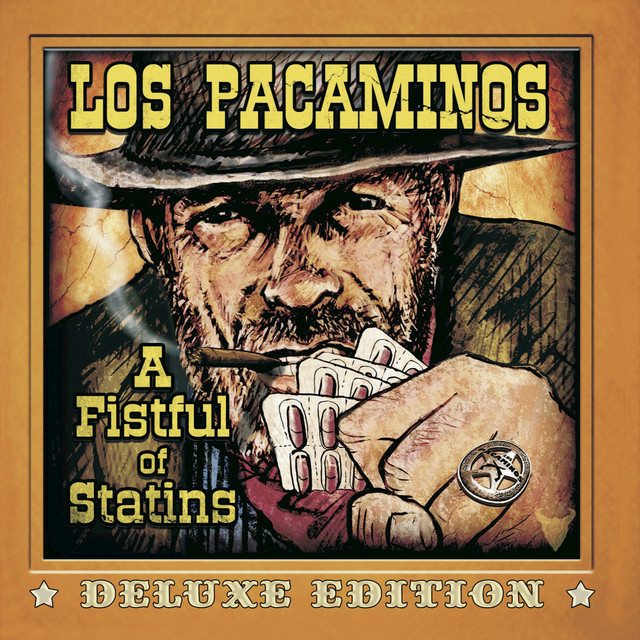 Steve Greetham and David Levy (bass); drummers/percussionists Mark Pinder and Jim Russell, and Steve "Woody" Oakman (keyboards, piano). After Young -- a major pop star during the 1980s -- left his label, he wanted to play live while writing songs and shopping for another record deal. He decided to focus on Tex-Mex music, a sound he loved. He gathered a group of musicians who could play in that style (many of whom had -- and continued to -- play in his backing bands). The intention was to pop up and play in small venues strictly for fun. The band took as its name a phrase that actually meant nothing, but sounded like "pack 'em in." Inspired by forebears such as Ry Cooder, Flaco Jiminez, Doug Sahm, and Los Lobos, they produced original material while adding covers ("Along the Borderline," "Speedy Gonzales") during live shows. As the years went on, they further developed a more complex and individual sound that included blues, South American folk styles, and even cinematic tinges from spaghetti westerns. Los Pacaminos' self-titled debut album appeared on Tornado in 2002, followed by a ton of shows across England. The band played together whenever possible (each of its members had his own career), and followed their debut with a self-released EP -- which they reissued later in expanded form). In 2015, their second long-player, A Fistful of Statins, appeared from Cherry Red to universal critical acclaim. Los Pacaminos took it all in stride and refused to deviate from their original M.O. The band celebrated its 25th anniversary with a U.K. tour in 2017. ~ Erik Hage, Rovi