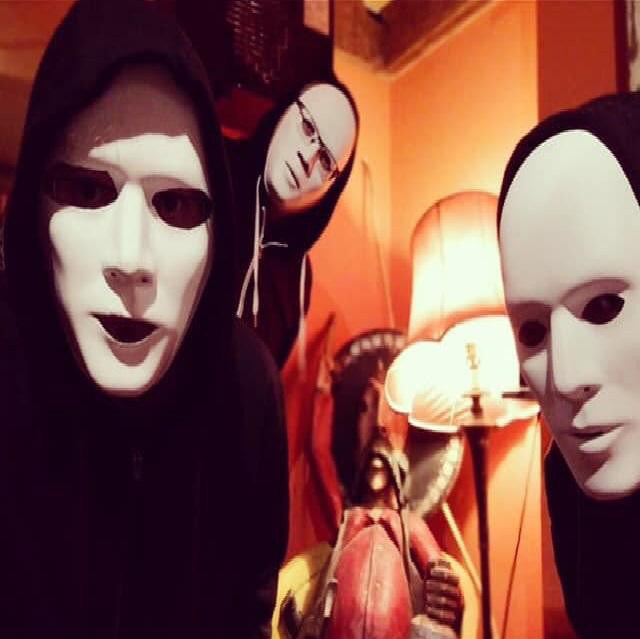 Grimmates is an electronic music group based in London, UK. Founded in 2013, their current line-up features artist Phillip Raymond Goodman on vocals, musician/writer Sam Enthoven on theremin and record producer Angelo Russo on percussion. Grimmates play EDM (electronic dance music) with industrial music, trip-hop and synth-pop influences. Their influences include Massive Attack, Kraftwerk, Depeche Mode, Portishead, Eurythmics, Crystal Castles, The Human League, Tricky, Devo, Cabaret Voltaire, Throbbing Gristle, Nine Inch Nails, Gary Numan to name a few. Together with the music, Grimmates has also made an impact with their distinctive black-hoodies and white masks. In 2018 the trio released their new EP ‘London System’ along with a music video for ‘MonstroCity’. There was also a tour of four dates in London, including a performance at Stridente Fest 2019. Music videos of the live performances can also be found on Stridente Records YouTube channel. They see themselves expanding their audience and continuing to play live shows in the foreseeable future and sees that playing live as much as possible, being consistent and not imitating is the key for aspiring artists. Grimmates believe that success is working to make a vision come true. And with that in mind, this trio is surely noted to look forward and worth listening to.Stridente Records www.stridente.com